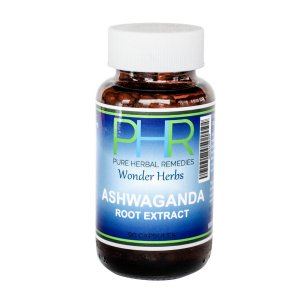 Ashwagandha is well-known for:

Fighting cancer – The extract has been shown to help inhibit the proliferation of cancer cells – specifically breast, lung, stomach, and colon cancer cells which are among some of the leading types of cancers in the world. It’s believed that ashwagandha helps to prevent the growth of cancer cells mostly due to its immune-boosting and antioxidant abilities. Supplementing with ashwagandha is correlated with an increase in white blood cells within the body, which indicates that the immune system is better able to protect the body from disease and harmful invaders.  Another way that ashwagandha helps prevent cancer is due to its ability to stop blood vessels around cancer cells from feeding into the growth of cancerous tumors. In addition to preventing cancer cells from growing, studies have shown that ashwagandha can be a very useful addition to chemotherapy in treating existing cancer. Taking the extract seems to be effective in halting the immune system from becoming suppressed during chemotherapy.

Fighting anxiety & depression – ashwagandha is effective in treating both anxiety and depression.  In fact, in a recent study its results were comparable to common pharmaceutical drugs lorazepam and imipramine without the side effects. In the 12-week controlled study, 87 participants with anxiety were given 300mg of ashwagandha two times a day or two placebo pills two times per day.  The group treated with ashwagandha resulted in much greater improvements in anxiety as well as focus, reduced stress, and decreased fatigue than the placebo group. The other major benefit of ashwagandha is that there are no adverse reactions by taking it compared to anti-depressant and anti-anxiety medications which can have terrible side effects.

Boosting brain function – Emotional, physical, and chemical stress can all have damaging effects on the brain and nervous system.  Recent research has proven ashwagandha is more than a stress reliever, it also protects the brain from degeneration and improves symptoms of Alzheimer’s, depression, and anxiety. One of the main reasons ashwagandha is so effective at healing the brain has to do with its powerful antioxidants that destroy free radicals that cause aging. Studies have shown that ashwagandha can boost endurance during physical activity by sharpening brain function and reducing bodily pain. Due to its positive calming, yet energizing, effects on the brain and ability to lower stress hormones, ashwagandha showed improvements in concentration, motivation, and stamina in conducted studies.

Thyroid balancing – One of the most incredible aspects of adaptogenic herbs like ashwagandha is that it can help people with both hypo and hyperthyroid issues.  It has been shown to support a sluggish thyroid for people diagnosed with Hashimotos and has been shown to improve the health of those with an overactive thyroid or Grave’s disease.

Adaptogenic herbs work with your body to bring you back into balance whether your levels are high or low.

Precautions: Ashwagandha is relatively safe, although taking too much may cause side effects such as upset stomach, nausea, vomiting, or diarrhea.

Individuals diagnosed with certain conditions should use precautions and avoid Ashwagandha. These situations include pregnant or breast-feeding women, or if you have been diagnosed with stomach ulcers. In such situations, the herb is believed to irritate the stomach and intestinal tract.

Interactions of Ashwagandha with prescription medication are also possible. For example, individuals with diabetes should avoid use of this herb because it may lower levels of blood sugar (glucose) in the blood.

The herb may also decrease blood pressure due to sedative effects. Therefore, Ashwagandha in any form should not be taken if you are already taking medications to treat high or low blood pressure.

Avoid the use of Ashwagandha if you have a thyroid disorder, as it may increase levels of hormones produced by the thyroid gland. This increase in hormones may interact negatively with prescription medications.

The same goes for diseases of the autoimmune system that include systemic lupus erythematosus, multiple sclerosis, or rheumatoid arthritis because it may increase activities of the immune system, which can in turn exacerbate symptoms of those conditions.

Finally, avoid taking Ashwagandha if you are taking any type of immunosuppressant medication. The same applies to sedatives including Valium, Klonopin, and Ativan. Ativan may also interact with over-the-counter as well as prescription sleep aids, including Ambien.

When taken correctly and in conjunction with your doctor or health practitioner’s knowledge and advice, Ashwagandha side effects are rare.