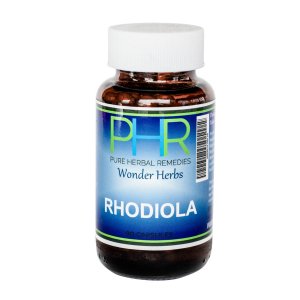 Rhodiola is well-known for:

Depression – Extracts of Rhodiola seem to enhance the transport of serotonin precursors, tryptophan, and 5-hydroxytryptophan into the brain. Serotonin is a widely studied brain neurotransmitter chemical that is involved in many functions including, smooth muscle contraction, temperature regulation, appetite, pain perception, behaviour, blood pressure, and respiration. When balanced, it imparts a sense of contentment and mental ease. Either too much or too little serotonin on the other hand has been linked to various abnormal mental states such as clinical depression.

Stress – Rhodiola has long been known as a potent adaptogen. Adaptogens are natural plant substances that increase the body’s non-specific resistance and normalize the functions of the body. When a stressful situation occurs, consuming adaptogens generates a degree of generalized adaptation (or non-specific resistance) that allows our physiology to handle the stressful situation in a more resourceful manner. It is believed that adaptogens work by increasing the ability of cells to manufacture and use cell fuel more efficiently.

There have also been claims that this plant has great utility as a therapy in asthenic conditions (decline in work performance, sleep disturbances, poor appetite, irritability, hypertension, headaches, and fatigue) developing subsequent to intense physical or intellectual strain, influenza, and other viral exposures, and other illness.

Memory – Studies using proofreading tests have demonstrated that Rhodiola Rosea enhances memorization and concentration ability over prolonged periods. It increases the bioelectrical activity of the brain which improves memory and brain energy.

Cardiac Problems – Rhodiola has also been shown to be effective for cardiac problems caused or aggravated by stress. Its action for these conditions is in its ability to decrease the amount of catecholamines and corticosteroids released by the adrenal glands during stress. The abnormal presence of these stress hormones will subsequently raise blood pressure, cholesterol, potassium levels and increase risk factors for heart disease. Rhodiola has been found to decrease harmful blood lipids and thus decrease the risk of heart disease. It also decreases the amount of cyclic-AMP (c-AMP) released into cardiac cells. Cyclic AMP is related to ATP (adenosine triphosphate), the body’s primary energy molecule. C-AMP acts as a ‘second messenger’ or liaison between the outer and inner environments of the cell. It assists in the uptake of more intracellular calcium into the heart thus promoting a greater potential for heart muscle contraction. Rhodiola thus regulates the heartbeat and counteracts heart arrhythmias.

Cancer – Rhodiola has been shown to increase antitumor activity by increasing the body’s resistance to toxins. A range of antioxidant compounds have been identified in Rhodiola Rosea and related species and significant free-radical scavenging activity has been demonstrated. Rhodiola Rosea might be useful in conjunction with some pharmaceutical anti-tumor agents. According to the information from Russian researchers have found that the oral administration of Rhodiola inhibited tumor growths in rats by 39% and decreased metastasis by 50%. It improved urinary tissue and immunity in patients with bladder cancer. In other experiments with various types of cancer, including adenocarcinomas, the use of extracts of Rhodiola Rosea resulted in significantly increased survival rate.

Immune System – Rhodiola both stimulates and protects the immune system by reinstating homeostasis (metabolic balance) in the body. It also increases the natural killer cells (NK) in the stomach and spleen. This action may be due to its ability to normalize hormones by modulating the release of glucocorticoid into the body.

Many other benefits from the use of Rhodiola have been found including its ability to improve hearing, regulate blood sugar levels for diabetics, and protect the liver from environmental toxins. It has been shown to activate the lipolytic processes (fat breakdown) and mobilize lipids from adipose tissue to the natural fat-burning system of your body for weight reduction. It can also clinically enhance thyroid function without causing hyperthyroidism, enhance thymus gland function, and protect or delay involution that occurs with aging. It can also improve your adrenal gland reserves without causing hypertrophy. Throughout the years it has shown to substantially improve erectile dysfunction and/or premature ejaculation in men and normalizes their prostatic fluid.

Precautions: Rhodiola has few side effects; however, some people report increased blood pressure. Rhodiola may thin your blood, so discontinue use before surgery and consult your doctor if you take blood-thinning medications like Coumadin (warfarin) or supplements like vitamin E.

Although rare, certain individuals who experience nervous excitability, feverish states, and hypertension, should not use Rhodiola unless supervised by a qualified practitioner. Persons who experience coronary spasm and fluctuations in arterial pressure should also use under supervision.

To date, the medical literature has not reported any adverse effects related to fetal development during pregnancy or to infants who are breast-fed. Yet little is known about the use of this dietary supplement while pregnant or breast-feeding.

Refund Policy: Any defective products will be gladly refunded if returned within 14 days. Simply fill in the contact form below to get in touch with us 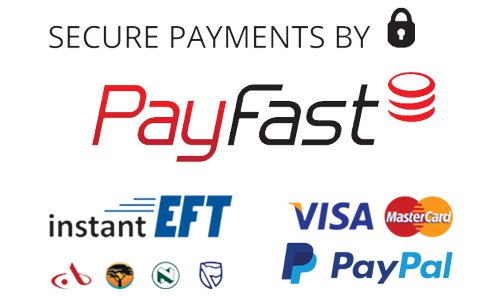